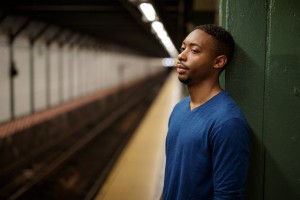 Last week, I missed a call with a client.

There wasn’t an emergency or anything, I just kept working, ignored reminders, and completely blew past the meeting. It wasn’t like me at all, but I know exactly why it happened.

During my last year or so of employment, I was in survival mode. I was in an organization where Peter and Dunning-Kruger were practically founding members, and I put a lot of work into insulating myself. Some people thrive in environments like that. My being an introvert, educated in a world that preached merit, I was left frustrated, disinvested, exhausted, and overall, burnt out.

You don’t reach burnout overnight. It comes gradually, usually after years of fighting to make your work matter and force an entire organization to abide by the rules of good management, or good business, or even common sense. When it comes though, it comes, and you have decisions to make.

I, thankfully, was never really sold on the idea of a job, so self-employment was always in the back of my mind. I was already investing every extra moment I could (sometimes even at work) in finding a way out. Still, though, I had to survive my time in the office. I didn’t have take-a-year-off-to-find-myself savings, or the support of a partner, so I developed coping mechanisms.

That meant a few different things — not taking any more offers to travel or jumping for another promotion. Not doing anything beyond the minimum to keep my job and make it look like maybe, just maybe I still cared. Not talking about work outside of the office. Most practically though, it meant ignoring my calendar.

The first time I missed a meeting I was shocked. I’d been the kind of person who shows up early for appointments. Missing one entirely? A few years prior, I’d have contacted my manager and apologized profusely. This was different though. To my surprise, nothing really happened. My work life actually got easier.

I’d seen other employees use this strategy…stop raising your hand and eventually you stop getting called on. That’s exactly what happened. People stopped contacting me to fix the problems they should have been handling themselves. They stopped trotting me out to help them look good in front of clients and visitors. I can’t recommend it to anyone else, but for me? In that job? It bought me a year of relative peace in a world of chaos.

Well, unfortunately, coping is only coping and doesn’t repair damage. I took the habit with me into my freelance life.

To this day, I’m still struggling to get back into the habit of starting my days by reviewing my calendar…something I’d done easily, reflexively since they taught us to make meticulous use of planners in high school.

It’s not only that though.

I find myself bracing for chaos with clients, likely since I worked so long in it. Deadlines of any kind set off anxiety for me. The worst part? Is that peace with my work is uncomfortably unfamiliar.

I mistrust happiness, calm, quiet, contentment…things I have much more of these days. I enjoy them, don’t get me wrong, but I see them as fleeting or a sign that I’m missing something, or that somewhere, some other terrible shoe is about to fall.

In four years of freelancing there hasn’t been a shoe in sight, and yet, occasionally, I still find myself waiting.

Sometimes I think I could have dealt better if I’d had more support, but even with a family and community that largely expected me to be thankful for “a good job” without question, I was lucky. I had a Black best friend who was working through the same struggles that I was, and her support was instrumental in me transitioning to freelancing. I had a mother and brother who listened. A father who knew employers ain’t loyal. I had long-time Asian friends who opened up about the work pressures they faced. I had a few, honest White men around me who, in their privilege, more frequently spoke frankly about the downside of “good jobs.”

I had rare levels of support, and it was still hard.

I dreaded returning to the interview process and the disappearing job prospect. I had no desire to see the inevitable moment of shock when interviewers saw a Black face show up behind my White-sounding name. I had no desire to explain my natural hair, or be offered up as a date to Black friends and coworkers. When you’re just starting out, those are obstacles to fight through. As you get older, the weight gets heavier.

The worst part though, is that I carried those fear with me into freelancing. I’ve found that it was warranted, but that race isn’t as big a deal when there’s no risk of your Black self interrupting personal space every day.

Overall, I consider myself lucky. The health issues I had crop up as a result of stress won’t likely ever go away, but they’ve leveled themselves out. I’ve learned that every day of the week can be enjoyed, and not just Friday and Saturday. I’ve learned that Sundays can be beautiful and don’t have to end with tears and dread. I wake up leisurely and I remember my dreams again.

End of the day, I only spent about a decade navigating employed spaces, and for that, I’m thankful.

I hear, mostly privately, from other Black workers dealing with burnout, and it’s something I hope more of us can start talking openly about and starting to heal from.

If you want to tell your story, feel free to do that in the comments, or come over to Twitter to discuss #BlackBurnout