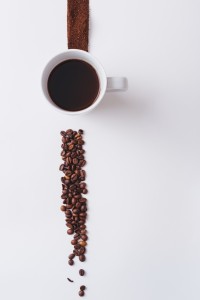 One of the main reasons I started freelancing was a need for more control over my work environment.

I’m an introvert, and being American, most work environments I’d been in were designed to increase interaction and decrease privacy. Even when I had my own office, having extrovert coworkers meant constant adjustment to environments that weren’t made with people like me in mind.

The same goes for being Black.

By the time I knew I needed to get out of the rat race, I’d had both good and bad experiences in the workplace but just couldn’t face the prospect of another 30-40 years for rolling the dice on bigoted coworkers and positions that magically disappeared when I showed up for an interview.

Racism in America is as normal as mistreating the natural environment…whether it’s intentional or not, it’s as natural a part of our socialization as Americans as driving cars and an absolutely expected outgrowth of the history and choices of this country.

Don’t get me wrong, I’m not saying this is ok. I’m saying something all of us know — Save a few, rare exceptions, expecting to run into racial issues in your job is as reasonable as expecting to see paper wasted in an office.

Degrees exist. Sometimes workplaces are beyond the pale, and you find yourself not in a situation where you’re simply a racial minority navigating racial minority things, but instead in a toxic, abusive environment that’s probably taking a subtle (or not-so-subtle) toll on your well-being.

Here are a few clues I’ve noticed that a work environment might fall into that second category.

Even some of the most virulent racists know to mind their tongues when their pay check’s at stake.

As things stand now (we are facing some serious social shifts in terms of what forms of racist expression are considered acceptable), the workplace is not where you expect to hear slurs or other derogatory comments.

That’s why, when I once gave a particularly well-received presentation, and a co-worker couldn’t seem to stop the word “tar baby” from falling out of her mouth (twice), I knew I was stepping into new territory.

My workplace (or at least a couple of particularly influential managers) had decided that, for whatever reason, they needed to amp up their poor behavior and start trying to bait me into race-based exchanges.  Huge heads up that I needed to find another path.

Most White people in workplaces look past passive racism or microaggressions.

It takes a LOT for most, even non-Black people to admit that a work environment is openly hostile on a racial level. That’s why, if you have a coworker who everyone knows is bigoted AND White people don’t mind discussing it with you? Your workplace is probably extra hostile.

This kind of ties into the previous point, but if everyone is aware of how bad things are (even if it can’t be pinned on one person) and they openly admit it, your workplace has jumped the shark.

This might be the most difficult situation to deal with though, since you then get a front row seat to a bunch of people not being willing to do anything about it (because, again, paychecks).

The news gets you worried.

I left the world of employment pre-Ferguson and every time…every, last time there’s an extrajudicial killing on the news, I breathe a sigh of relief (and send up a prayer for everyone else who has to deal with coworkers in the aftermath.)

I remember the snide comments and ignorant posturing that continued for MONTHS after Trayvon Martin was murdered — eventually, it got to the point that every time a new piece of evidence was released, I began bracing myself with either comments to address an issue or tactics to avoid conversation.

That’s not ok. If the people around you don’t have the decency or ability to recognize the sensitivity of some news stories and keep their mouths shut, you’re probably not working in a healthy situation.

You’ve been checking up on laws.

This, I’ve never had to do, but I do know quite a few people who have.

If you find yourself even casually reviewing discrimination and harassment laws regarding experiences you’ve had at work, somewhere, deep down, you know that things aren’t right and that one day, you might be put in a position to need to take legal action.

What can you do when you realize these aren’t situations you want to deal with anymore? Most immediately, take care of yourself.

Balancing the need for income and your own need for distance from racially abusive environments is delicate, but important.

Beyond that, start to condition your mind to accept the danger of your work environment and to look for options. Of course, my bias is toward freelancing, but regardless of what you choose, it all begins with accepting that you do not have to depend completely on any employer for your economic well-being.