This post will help you with Phase 1 of your Freelance Profile Workbook.

One of my biggest beefs with career advice is that it seldom addresses a person’s full life.

Like when you get tips on what degrees pay the most without a nod to the satisfaction levels in the careers those degrees lead to — so much of the discussion around work occurs in a vacuum, completely isolated from the reality of the weight paid workplaces on so many of our lives.

That’s one of the first mindsets I had to let go of before I decided to go out on my own. I had to make an active choice to view my life as whole, worthwhile, and holding the potential for enjoyment, separate from a career. That’s basically just a long way of saying I decided to work to live instead of living to work, but I think the length is merited.

In a world of careerism (especially bad in the U.S.) and a baseless, unquestioning worship of business leaders, we need to not only start spelling out what working to live means but also focus on disconnecting from some acquired habits and ways of thinking that keep us limited in how we view work itself.

That’s why I want to tell you about a few areas I had to say “no” to before I started freelancing.

When you read them, they might look like a result of living a freelance life. Really though, they’re subtle (and overt) rejections I had to make before I even took on my first freelance side gig.

This was hard because it involved the people who’d been in my life the longest.

The thing about long-term relationships, though, is that people start to get deeply invested in your social position as a part of their own. That means you taking the risk of freelancing (or any step away from employment) can easily become a threat to them.

I had to back away from some relatives and even friends I’d known since I was a baby…years before I ended up going out on my own, and that made it much easier.

Not only did have a network of genuinely supportive family and friends around me, I also didn’t have to deal with the questions, judgment, and fearfulness of people who’d only be able to be happy for me after I’d proven the viability of my decision to freelance.

Don’t underestimate the importance of having the backing of people in your life when going after a change as big as this one.

No job is just a job. That’s why you see teambuilding exercises and strange stunts like this one happening in workplaces. It’s never “just business”.

This is especially true in White spaces since as a demographic, they’re more likely to sacrifice location and community for a job, while other racial and cultural groups tend to prioritize community and family more often. Wherever you fall on that spectrum, there is a complex social element to your work.

I’ve never been one to hang out with coworkers, but when I decided to go out on my own, I had to kick things into overdrive. That meant not only saving my precious introvert energy and keeping distance from managers and coworkers who were in the office to build families; it also meant begging off those tricky work assignments that were a combination of my responsibility as an employee and a nod to management that I was a good social fit.

For me that meant declining going on a few trips, refusing to train certain employees, and rejecting invitations to be a representative at a “prestigious” leadership development program.

It meant being real about my choices for the future and disinvesting from the society of the workplace, so I could find room to invest in my own. 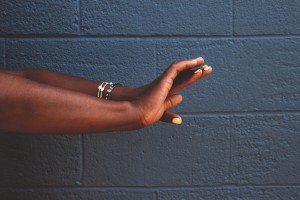 The Superiority of Employment

My family deeply appreciates a “good” job…especially a white-collar one.

The security, predictability, prestige — It’s something Black people have every reason to want to hold on to, even in the face of the fact that racial pay gaps get worse with more education, and not just in the U.S.

Thing is, the model is dying. The days of employers that were invested in the well-being of their workers are gone, and the current administration in the U.S. means they’re about to get buried even deeper, even for White people (who are fleeing traditional employment in droves themselves.)

The safety of employment is an illusion and I decided to treat it that way. Once I let go of that idea, for me personally, it was a short leap to not seeing employed life as anything that special, and simply something I’d done for a decade or so to build a strong self-employment footing (a topic for another day).

The Superiority of Entrepreneurship

Here’s the other side of that coin.

This perspective? Not helpful either, and that’s mostly because entrepreneurship is fluid, diverse way of earning money.

If I didn’t get past the idea that building a business was superior to other choice and simply accept it for what it is, I wouldn’t be able to keep a healthy perspective on my freelance life (it’s easy to build a business that’s more demanding than any employer) or build a lifestyle that fit me as an individual vs. mimicking somebody else’s idea of how entrepreneurs or self-employed people should live.

This is probably the most overt choice I had to make before I stepped out on my own.

I planned to buy a house…pretty much always. Homeownership, land ownership really, was a mark of pride in my family, and the importance of it was passed down clearly from my sharecropper grandfather.

I heard the message loud and clear, so I started a Roth IRA at 21 (for the first time homebuyer perks) and even after those savings took a huge blow in 08, I pushed on, finally finding an adorable townhome I loved.

I went through all the processes, all the approvals, and by some strange “twist of fate” (one that made my real estate agent nervous…I think it was the HOA), it fell through. I still remember feeling deeply defeated but taking it all as a sign that that path…the job-house combo…wasn’t the one I needed to take.

I had a sense of it at the time, but after being laid off and being offered a job that paid more (but was extremely stressful…the man leaving the position flat out told me that’s why he was leaving. When White men get honest about work, I listen.) I realized that if I’d owned a house, I’d have gotten sucked right back into employed life.

Friends had warned me about this trap, specifically about how managers will sometimes subtly encourage key employees to buy houses because they know that as soon as that happens, options to leave a job fall apart.

Home ownership is still something I’m working toward, but only in a way that enhances my life, and isn’t just a reason to show off granite countertops and remodeled bathrooms to coworkers.

I can’t emphasize it enough…all of those decisions were preparation. They were laying the foundation of the beginning of a lifestyle change that I believe is helpful to shaping a successful life as a freelancer or independent worker. Maybe even necessary.

If you want to try out freelancing, you have to give a little in the beginning. It doesn’t have to be a huge, dramatic leap, but it does take a few, uncomfortable choices. The great thing is that those choices end up paying off exponentially as your business unfolds.

The big question for you, is what do you think your first No should be?