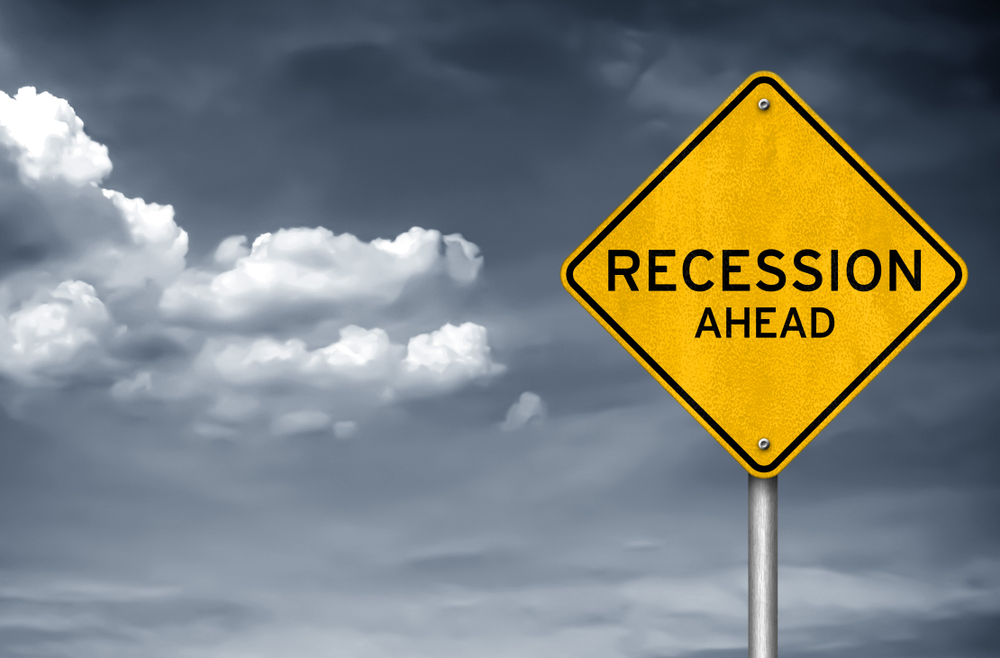 We’ve been hearing rumors of a recession looming for a while now, and with the abysmal track record of that man people put in charge of the United States, it’s pretty much inevitable.

But I’m going to tell you a little secret — as a freelancer it doesn’t really matter.

Don’t get me wrong. Recessions are scary and they can really throw your business for a loop. We’re more agile as freelancers and can adjust more quickly than we can in employed situations, but it doesn’t mean a market can’t drop out from under you. Downturns happen, whether you’re a freelancer or employed, and being able to weather them is part of building up your freelance resilience.

What I’m saying is that when you look at the advice that people give freelancers for handling a recession, it’s 90% the same as what we hear for running a healthy freelance business on a regular, non-recessiony day.

Let’s look at some of the common advice so you can see what I’m talking about.

Control Your Spending (and Don’t Pile on Debt)

This is mainly an issue for freelancers who saw big success early, but it’s good advice if you feel a recession is coming around the corner.

Freelancing comes with inconsistent income that can change quickly, so it’s vital to resist setting your lifestyle standards by your peak earnings. That valley is coming and if you’re living at peak lifestyle, you’re gonna be hurt when those low points hit.

You know when else that’s good advice? Any day that ends in Y.

Maximize (and Track) Your Earnings

People have a lot of dreams around freelancing but wanting to make a living with this work is a very practical goal.

I’m a big believer that freelancers should always be looking out for ways to make more while doing less, whether there’s an economic storm coming or not. (Personally, I aim to be able to handle a 25-50% blow to my income at any time.)

How do you pull that off? The answer’s going to be different for everybody, but here’s a few places to start

Bonus: If you do this during non-recession times, you can build up your safety-net savings even faster.

Ask for a raise.

Carol Tice at Make a Living Writing has a great story about how asking for a raise right before a recession really paid off. Honestly, you should be ready to do the same…at any time.

Just like businesses should give employees cost of living raises, you should be doing the same thing for yourself as an employee of your freelance business.

We should all be nudging our rates upward regularly (at least once a year) to keep up with the costs of being a business. Don’t know where to start? Ed Gandia has a really good episode on raising your rates with existing clients here.

Diversify Your Niche (and Your Clients)

I’ll say that most freelancers I talk to have the opposite problem here but still could do a slightly better job at diversifying in more recession-ready ways.

Is it possible to work in multiple niches? Of course! The trick though isn’t just spreading your niches around. It’s finding some security by dedicating at least some percentage of your client portfolio to recession-resistant fields.

I’m in healthcare, and in my 17 years in the field, I haven’t felt the impact of economic shifts. Healthcare isn’t the only option though. Consumer staples, grocery stores, death and funeral services, discount retailers, repair, IT, and senior services are known for being safe and even thriving during economic downturns.

On the client front, if more than 30% of your income is coming from one client, you’re in a danger zone. If it’s over 50%, you definitely need to switch some stuff up, recession or no recession.

Any kind of blow to your business is scary, but know that in your freelance work, you have options to get yourself ready and even find ways to thrive during a downturn…and if you start now, you can learn how to ride the (inevitable) ups and downs to the point where you can roll through the next one relatively unbothered.